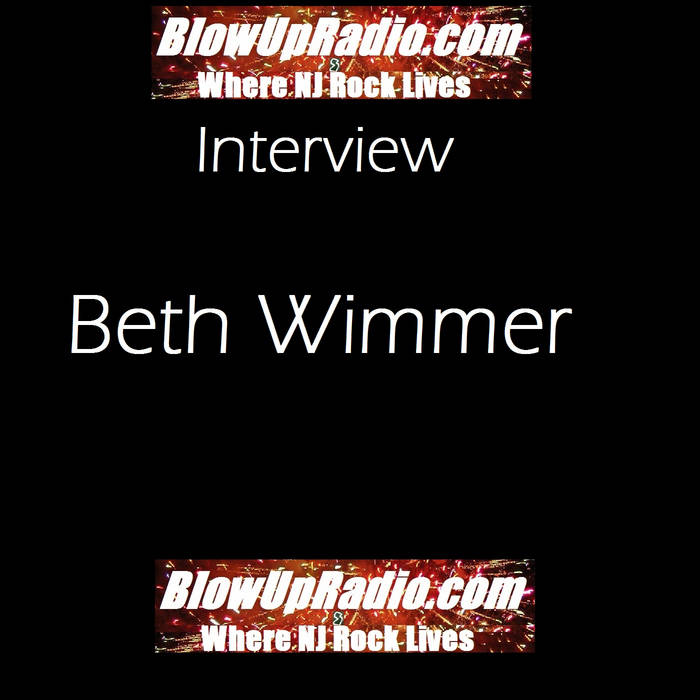 Hi, I'm Beth Wimmer! thanks for taking a moment to read about me and my music...

Autumn 2011 sees my third, full-length album "Ghosts & Men" receiving praise and airplay in Europe and the USA! "Ghosts & Men" is recorded with multi-instrumentalist Damiano Della Torre of Como, IT.

I was born in New York, the youngest of five children. i grew up in rural Massachusetts close to the woods, the Merrimac River and Atlantic Ocean - with dogs, cats, ducks, my brother, three sisters, and our poet-artist, single mom.

My very funny, bright blue-eyed, guitar-pluckin' Grampa was my darling.

My brother and sisters got into rock and roll and all its side effects when I was about five years old. I saw my mom cry quite a few times, but thankfully, laugh a lot more...

My destiny was put into place when i couldn't stop listening to The Who, Heart, Jethro Tull, Bruce Springsteen... i dreamed of being a singer in a rock band. i created an entire stage play based upon Cat Stevens' "Tea For the Tillerman" album. The Pretenders and Led Zeppelin became essential to my survival as a teenager.

At 18 i moved to southern California, where my father lived. i sang harmonies live and in studio with various bands in Hollywood, but i continually had an ache to be my own songwriter, my own voice.

I met and fell in love with a swampy-rock band in LA: Mojo Monkeys. they broke my heart and inspired me to write songs.

I picked up the broken guitar i'd had for years and i started playing with it. words poured out of me and they never did stop. i cried, sang, and strummed. three chords. then five. now i think i know a good 8 or 9 chords. ;~)

First came my all-acoustic CD called 'beth wimmer'. it was mainly for my mom to hear what i was writing. that collection is available still on CD Baby - www.cdbaby.com/cd/beth2 - and it pleases me greatly that people continually download the songs from my first release.

I wrote constantly and to my sheer delight, the guys in Mojo Monkeys played on my next CDs. drummer David Raven co-produced, and i was blessed to have Billy Watts playing electric guitar, and Taras Prodaniuk play bass on my records!

My first, full-length album "Live Within Live Without" was released in 2004. it was exactly the album i wanted to make, a dream come true. and thank the gods it was to the liking of many people around the globe.

In 2006 i made an EP. i had a smokin' rock song ready called "Self Righteous Son Of A Bitch". i entered "S.O.B." in some contests and the song has won awards and lots of airplay.

2008 saw the release of my full-length "Miracle Girl" CD. again, co-produced with Raven and with the talents of Watts and Prodaniuk, now my dear friends. this album felt like my soul growing older, more joyful, with more compassion.

I took "Miracle Girl" with me to Switzerland in 2008 - toured, had an amazing time! in 2009 and 2010 i was honored with praise from the Europe music world: they wrote about "Miracle Girl", said it was a great album! they played it on the radio and offered me more shows.

Now i write, sing, tour in Europe and beyond. i meet interesting people, eat the best chocolate and drink delicious wines. i love seeing so much more of this globe than just sunny California, which is still always sweetly just beneath my skin.

I feel special, but i know i'm just lucky. i'm happy. i'm healthy. i love humanity even though the most powerful and famous people mainly just sadden and bewilder me. a lot of things break my heart, but everything inspires me.