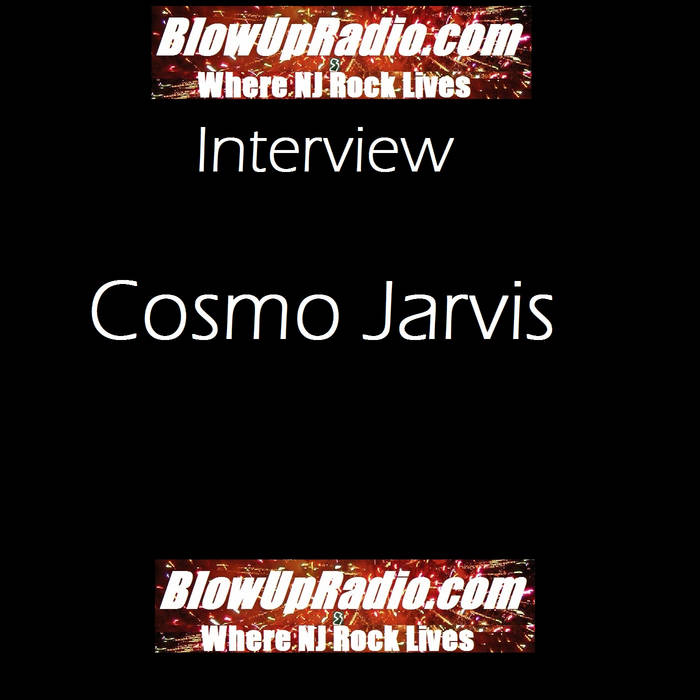 Cosmo Jarvis is an artist for whom one word will never really be enough. He’s a singer, a songwriter, an actor, a director, a composer, a producer and a multi-instrumentalist. He writes about topics ranging from his alienation from religion to the equal treatment of gay pirates (and he’s completed nearly three hundred songs already). Cosmo is an extraordinarily talented twenty-one year old, and a genuine one off. When Brian Eno is singing your praises, as he did recently on 6Music - “he is a very interesting example to me of a new kind of person; a new kind of artist”- you must be doing something right.

Born to an Armenian/American mother and a British father, Cosmo Harrison Krikoryan Jarvis began life in Ridgewood, New Jersey. He moved to Devon as a young child, and quickly developed twinned passions for music and film. His heroes are consequently as varied as the work he produces: John Lennon, Robin Williams, Frank Zappa, Maximus Decimus Meridius, The Crash Test Dummies and Elliot Smith (to name but a few). He started writing songs aged twelve, having been inspired to make something as brilliant as The Beatles’ ‘Blackbird’.

Maybe it’s because there wasn’t much to do in Devon, but Cosmo began making films at around about the same time. The technology might have been primitive, but the storytelling already bore a level of sophistication – he would film the television and then film out of the window, because that way he knew that he was telling a story. As he grew in age and competence so he grew in guts, making ‘Jackass’ style dare pieces that saw him and his skater friends convert bunk beds into quarter pipes, and royally trash the family home. He has since made over sixty five films, including ‘Alley Way’, which was screened at SXSW Film Festival.

Cosmo released his self-titled debut album aged nineteen, having dropped out of school at sixteen. “I quit because I hated it so much. I was the fool: I would do anything for a laugh, and that’s what got me suspended so many times. Basically, I love learning things on my own.” Containing twenty one tracks spread across two discs, Cosmo’s first album was – to say the least – an ambitious effort. Songs chronicled the awkwardness and the ecstasy of sexual awakening, with ‘Jessica Alba’s Number’, for instance, imagining a little black book of girls that Cosmo would never date. Yet his true skill at storytelling emerged on the likes of ‘Problems Of Our Own’, a bleak tale of a family breakdown made all the more bruising by its partial roots in Cosmo’s own family life: “never took them to see Gary / put an end to all phone calls / Gary wants to break out now and take a knife to her eye balls / family’s not good, family’s not friend / what’s the point in starting one if it’s just gonna end?”

If ‘Cosmo Jarvis’ fizzled with ideas and an array of sounds, there is a greater degree of focus on its follow-up, ‘Is The World Strange Or Am I Strange?’; though there will be an extended Director’s Cut of the record, in which Cosmo can once again truly let loose. Yet Cosmo remains anything but predictable. First single ‘Gay Pirates’ is a poignant yet rousing story of two men whose forbidden love sees them forced to walk the plank. Cosmo wrote it because, though he’s straight, he thought it would be funny to write a song for rowdy lads to sing along to with an openly gay agenda. “There aren’t that many ‘gay songs’” as he puts it, “and I thought there should be one.” Others seemed to agree, as the song became something of a cult hit: over 300,000 Youtube views, it has been lauded by the likes of Stephen Fry, 6 Music, XFM and the NME. “I'm glad people took something from it,” says Cosmo, “and didn't make it into the gimmick it so easily could have become.”

‘Gay Pirates’ is the first taster of a complex, eclectic yet direct second album. On few records, for instance, would you find the bluegrass stomp of ‘Blame It On Me’, which was written when Cosmo was just thirteen, next to the rap-led funk of ‘We Just Wanna Talk’. Yet there is a greater sense of introspection and fragility across Jarvis’ other new material. The beautiful ‘Let Me Out Of My Head’ is about, he says, “wanting nothing more than to be outside of your own programming: to exist without the barriers you build in your own mind.” The tender hip-hop of ‘Is The World Strange Or Am I Strange?’, meanwhile, appears to be Cosmo looking in the mirror. “It’s a song that, for me, justifies a solid feeling of alienation from everyone I have ever known.”

If releasing your second album in two years wasn’t enough to be getting on with, Cosmo Jarvis is also in the middle of shooting his first full-length feature film; which he has also produced and written. “I’ve always on some level been a bossy prick,” he acknowledges. “Even at primary school, some friends and I put on a stage adaptation of ‘The Phantom Menace’. I gave everyone hell if their impersonations of battle droids were too comical, or if their American accents were shit.” His new film, provisionally entitled ‘Naughty Room’, “is mainly about parenting, as well as taking responsibility to better yourself.” It has been shot in and around his home of Devon (occasionally in his grandma’s flat, or her friend Bill’s), and includes a series of local, first-time actors, largely improvising their lines. It has, by all accounts, been a labour of love. “The hardest part of making this film was not being older,” he says. “People just don't want to deal with you in a professional manner if you’re young. But truly the worst part was hearing Mr Spielberg was up on the Dartmoor, our local beauty spot, making ‘War Horse’ with a crew of fuckloads, rather than 2 Volkswagen golfs.” Cosmo is currently shooting and editing the film as he goes – quite literally as he goes: work is done in the back of the tour bus – and plans to submit it to festivals from there.

Cosmo Jarvis is, as Brian Eno suggested, that new kind of artist. His interests and ambitions appear never-ending, and his contradictions - observant yet naïve, outspoken yet introspective- are a large part of his appeal. He knows that his music isn’t especially easy to sell, but brilliantly, he doesn’t seem to care. “I feel like I’m trying to mix this amazing light yellow paint, and I’m damned if I’m gonna let anyone come along with a strong red and drip it into my paint bucket and turn my music orange.” Cosmo is, quite simply, just Cosmo.