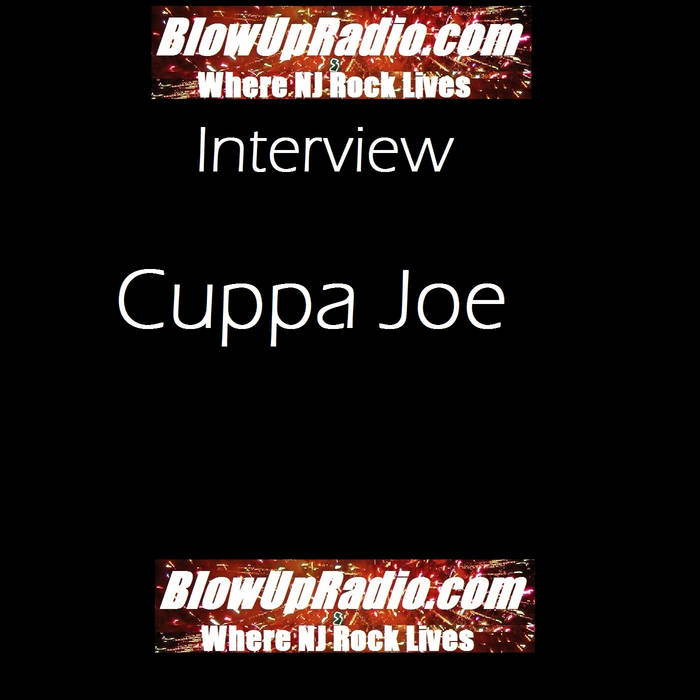 cuppa joe was formed in 1991 at Trenton State College (now The College of New Jersey) by Doug Larkin, Bob "Diz" Diszler and Steve Spatucci. Doug and Diz, friends since childhood, had been playing music together for years when they made the decision to form a band. Doug had written a number of songs since the breakup of his previous band, The Soil. Former Soil guitarist Steve Playo suggested his housemate, Steve Spatucci, as a candidate for the newly formed band's drummer position. After several rehearsals, the band formally came together as cuppa joe.

cuppa joe played its first show at Café Lion, the outdoor evening cafeteria at Trenton State, on a warm spring night in 1991. In the following year they recorded 8 songs with John Bailey at S.S. Sound Studios and released them as the "Demonstrations" cassette. The band began playing shows at The Rat (Trenton State's on-campus bar), Tir Na Nog, Stevie T's, and Club 14 in Trenton, and various other venues around New Jersey, New York City and the Philadelphia region.

After graduating from college, Doug, Steve and Diz landed a small deal with New Jersey-based label Dromedary records. Their first Dromedary release was the song "Meanings" on the "...Nothing Smells Quite Like Elizabeth" compilation CD in 1992.

The band returned to S.S. Sound Studios in 1993 and recorded additional songs which were first issued on 1993's "Busy Work E.P." and then on their first full-length CD, "Nurture", in 1994 - both Dromedary Records releases.

In the fall of 1993, Diz left the band to pursue a career in public service. Doug's younger brother Rick stepped in to fill the vacated bass position. For the next two years, cuppa joe played shows at The Fast Lane in Asbury Park, The Bond Street Cafe and Under Acme in New York City, The Chestnut Cabaret in Philadelphia, Stevie T's, Tir Na Nog, and The Rat in Trenton, Love Sexy and Live Tonight! in Hoboken, Stockton State College, and other bars and clubs, book stores, self-created firehouse shows, and in-home performances in support of "Nurture". The band also did radio interviews and in-studio performances on WHTG in Long Branch, NJ, WMWM in Salem, MA, and WPRB in Princeton, NJ during this period.

During this time, Doug amassed a series of solo four-track recordings. Four of these songs were released in 1994 under Doug's solo project name, "Passenger". Doug and Steve started a label, Inkling Records, through which they released the Passenger 7" E.P.

Doug made a decision in 1995 to join the Peace Corps. Before being sent to Kenya for a two-year tour, the band recorded 16 new songs, and performed a few local shows around central New Jersey. After Doug had left the country, the band released those songs as "Casualties of Explorations and Growth", a full-length cassette album. cuppa joe then went on hiatus. During this period, Drive-In Records, a small label from Grand Rapids, Michigan, contacted the band. Drive-In selected two songs from "Casualties", releasing them as the "Archichipellago/Love Peace Anarchy Infinity" 7" vinyl single in 1995.

While Doug was in Kenya, he began writing songs inspired by his Peace Corps experiences. He recorded 16 songs on a boombox in his one-room African home, singing and playing acoustic guitar. These low-fi recordings were sent to Steve in America, who added percussion and backing vocal tracks. The cross-continental effort was self-released on cassette as "The Short Rains" in early 1997.

Doug returned from his Peace Corps duty later in 1997, writing another batch of new songs. Doug's brother Rick was now off at college, so Doug and Steve found Craig Frame, whose band Uncle Seymour had played with cuppa joe at Trenton State, and asked Craig to join what would be the last phase of the band. With Craig, cuppa joe played two shows - one at Bryn Mawr University in Pennsylvania (with Australian band The Lucksmiths), and their final performance at The Rat at Trenton State, in 1998.

They also recorded four new songs at this point - two songs written by Doug, and two written and featuring lead vocals/guitar by Craig. Doug and his wife re-joined The Peace Corps in 1998 and left for duty in Papua, New Guinea. Before leaving, Doug and Steve collected these news songs, as well as a few live tracks, unreleased demos and studio-recorded songs, as their final self-released CD, "Following Lights Into the Forest", in early 1999.

Doug moved to Madison, Wisconsin in 2005 to teach chemistry and get his Master's Degree. Before leaving, he and Steve recorded a cover of the Split Enz song "Message to My Girl" - their first recording together since 1998.