by Lazlo interviews Hugh Cornwell (from the Stranglers) 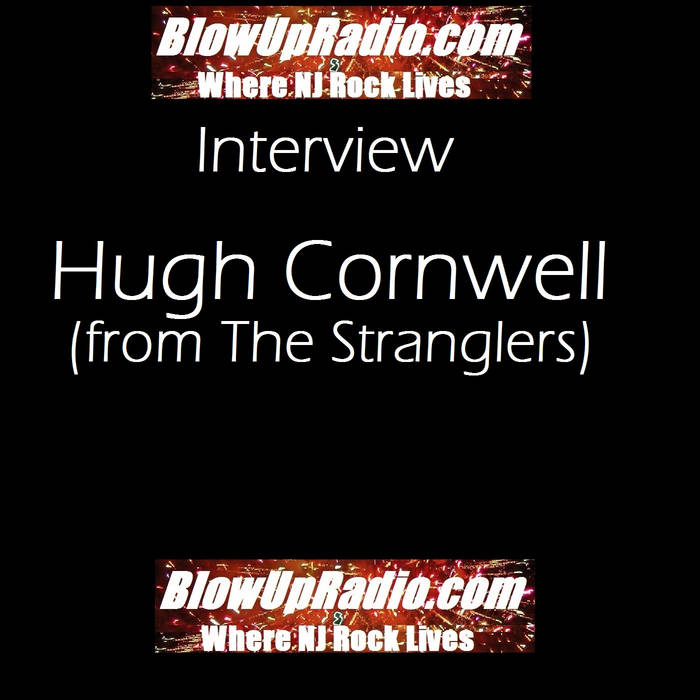 It's great to hear Hugh's voice. A great singing voice and an interesting person, Hugh has been involved in the music industry for over 45 years and has written several books, including novels.
Hugh Cornwell has released many solo studio albums (since his departure from The Stranglers in 1990). Unfortunately only one, Totem And Taboo, is available on this app.
My favourite Hugh Cornwell album is 'Hi-Fi' (unfortunately not on this app).
For more information, visit his website hughcornwell.com

Hugh Cornwell is one of the UK's finest song-writing talents and accomplished live performers. The original guitarist, singer and main songwriter in The Stranglers enjoyed massive UK and European success with ten hit albums and twenty-one top forty singles in the 17-year period he was in the band. The Stranglers etched themselves into the UK's musical psyche with 'Peaches', 'No More Heroes', 'Golden Brown', 'Always The Sun', 'Grip', 'Nice N Sleazy', 'Duchess', 'Walk On By', 'Strange Little Girl' and 'Skin Deep'.

Cornwell has revelled in his musical freedom ever since a sold out Stranglers gig at London's Alexandra Palace in the summer of 1990, when he announced he would be leaving the group.

Cornwell's book, The Stranglers: Song by Song, was published in November 2001 by Sanctuary Publishing. In it he explains for the first time the real stories behind the Stranglers extensive catalogue of songs. In October 2004 Cornwell's autobiography A Multitude of Sins was published by Harper Collins.

The Stranglers' most successful song, Golden Brown, featured on the soundtrack to Guy Ritchie's Hollywood blockbuster Snatch; whilst Peaches was used as the opening sequence of the hit film Sexy Beast as well as in a Nike TV ad for 2002's Football World Cup.

A triple live album, People Places Pieces is available at www.peopleplacespieces.com and contains 45 tracks spanning the whole of Cornwell's career. It spans his time with the Stranglers from 1974 to 1990, plus his critically acclaimed solo career to date and features remarkable performances of old and new standards.

Cornwell has completed his new album Hooverdam and first film Blueprint in Toerag Studios with producer Liam Watson (White Stripes 'Elephant'). Hooverdam will be made available worldwide as a free download in June 2008 from www.hooverdamdownload.com and the physical release on Invisible Hands Music will be a triple sleeved digipak featuring both album and film in one exclusive CD/DVD package. The album will also be available on vinyl.

Blueprint is a live performance of the studio album and features an interview with Cornwell conducted by Robert Elms at Tate Britain.