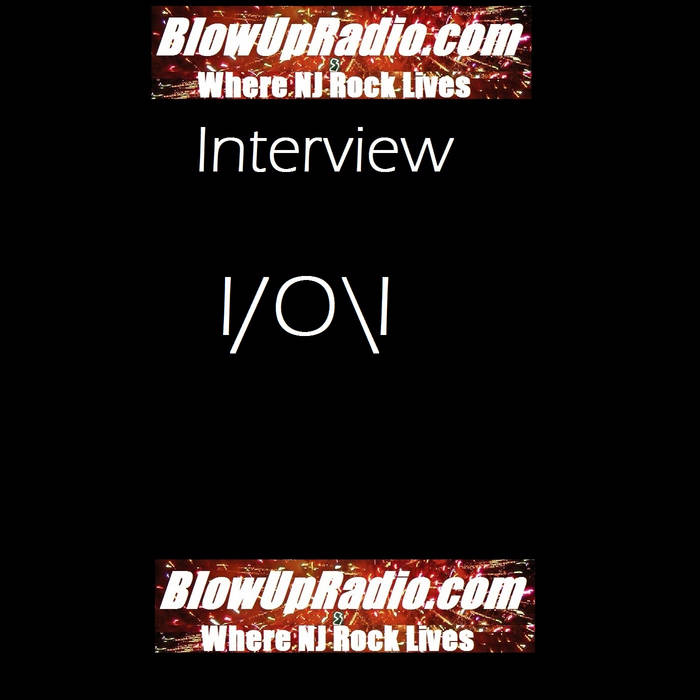 I/O\I is an experimentally based pop project with a focused vision of bringing adventurous aspects of music, art, and written prose into one experience. Imagine what would happen if, Peter Gabriel, John Zorn, Air, and Tom Waits got together to jam and write music. It would be an amalgamation of razor-edged beauty mixed with honest, thoughtful originality that transcends known territory. This would also be a befitting description of the sound and intentions of I/O\I.

As the sole member of I/O\I, Stafford Davis has set out to change what the accepted notions of music can be. By combining all of his influences in music, literature, art, and ‘whatever else that strikes him creatively’ into I/O\I - and now a self-released CD - he has assembled a project that is an all encompassing, genuine look at the zeitgeist from multiple angles and levels. He has said, “In creating music, I’ve always found influence in other non-musical forms. Jean Baudrillard and Don Delillo have inspired music in me just as much as anyone; and things like, philosophy, science, and art have done their fair share too.”

At a young age, Stafford began his journey into music. Beginning on the guitar and then moving to other instruments, he focused his attention on writing original material at an early age. He has said of the time, “It was important for me to establish, almost immediately, a distinct identity in what I was doing. Even back then, when I first started writing music, I wanted to do something that was new to my ears musically, but still have the impact of the other acts I was listening to at the time.” By junior high and high school, Stafford was playing and gigging in bands; in the process, learning and experiencing the ups and downs of working in diverse, and sometimes uncommunicative atmospheres. “I was being exposed to some really harsh realities. I would come up with songs that, when I played them for other people or band members, they would give me looks like I was from Saturn. After a while, I learned that for the most part, people just wanted to write songs that sounded like their favorite artists, or fit nicely into a particular genre. While there were some exceptions I found in a few really creative people, I was pushed into situations that relied less on other people and more on myself.” Thus, at 18 he had his first professional recording studio experience, and discovered the immense possibilities of the medium. In discovering artists like, Brian Eno and David Torn, that use the studio as an instrument, Stafford saw the opportunity to pursue his ideas in an environment that sonically encouraged diversity and originality.

“Experimental arts for me, are the most organic and pure forms of expression I can think of because, there are literally no rules to conform to.” Indeed, I/O\I’s debut CD is loaded with 26 songs’ worth of material that range from experimental, to folk, electronica, jagged rock, spoken word, free-improvisation, and pop flavored melodies. Also in the CD are photos, paintings, and accompanying texts that function as a bridge into the music. He goes on to say, “I have songs, or rather ‘sounds’ on the CD that are field recordings of everyday noises like, cars, sirens, barking dogs, thunderstorms, dryers, and vacuums. I juxtaposed these sounds into the music, and on some tracks, I have a written text that goes along with the audio. In fact the engineer at the mastering studio called the whole CD, ‘a sonic journey’.”

And ‘sonic journey’ it is. From the opening piano stomping, industrial sounds of, “Exit 286,” to the chanting chorus of spoken word in, “Footprints From the Day Before,” to the folk-like search for self and meaning in, “Distant,” and finally, the sad lament of a solo piano drenched in reverb that closes the CD in, “The Things People Do To Each Other.”

I/O\I is a project that looks for new and exciting ways of making music – now and tomorrow. Through a determined perseverance to not adhere and conform to existing paradigms, Stafford has arrived at I/O\I on his own terms, carving a path that will hopefully bring others into his newfound terrains. With driving honesty and a genuine vision, I/O\I is here now, for everyone that wants something more.