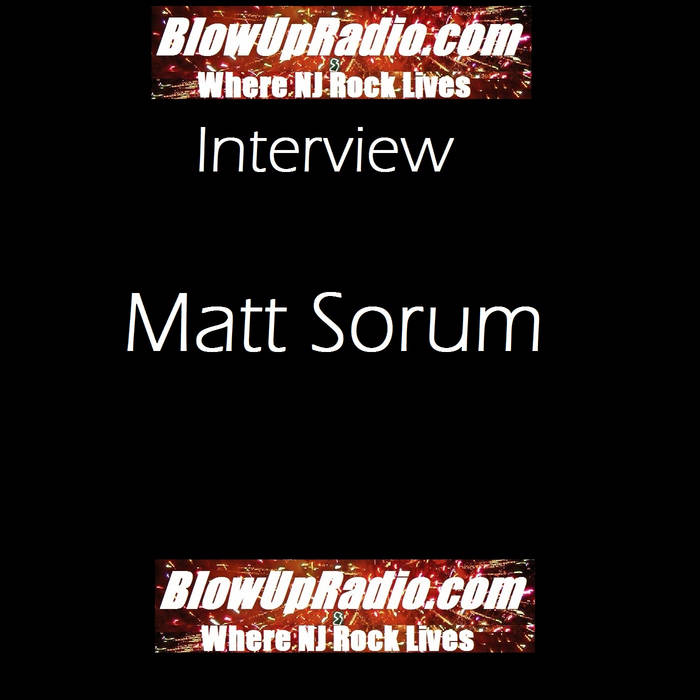 Matt Sorum was born in Long Beach, California sometime in the 1960’s, to Joanne and David Sorum of English and Norwegian descent. Having been steeped in Viking lore from his father (David) and classical music and opera from his music-teacher mother (Joanne), Matt’s path led him to the drums after seeing Ringo Starr of THE BEATLES on the Ed Sullivan Show. Matt’s two older brothers (Mark and Mike) also turned him onto rockers like Jimi Hendrix, Cream and The Doors.

Matt formed a band in high school called Prophecy, and at age 14 he was playing The Starwood, The Whiskey a Go- Go and Gazzarri’s Crazy Horse West alongside bands like Van Halen and Devo. After graduating from high school Matt packed his bags, leaving behind his band Prophecy, and hit the road in his 64′ Rambler station wagon with forty dollars in his pocket. After jamming at the Central Club (now called The Viper Room) he met guitarist Gregg Wright and went on a tour of the south in a Ford Econoline van. At age 19 Matt was hangin’ in New Orleans playing in clubs like Jimmy’s and OL’ Man Rivers.

Returning to L.A., he landed various gigs and sessions around town with artists like Shaun Cassidy, Belinda Carlisle and King Solomon Burke. As a result of playing in local bands around town Matt became well known on the local scene as drummer for hire, playing in up to ten bands at a time and juggling top 40 gigs at the same time. While playing at an airport hotel, Matt met Tori Amos who was playing in the piano bar. The two hit it off and formed “Y Kant Tori Read”. After playing clubs for two years they landed a record deal with Atlantic and later Tori decided to go solo. Matt moved on to play with “The Jeff Paris Band”, recording a record for Polygram in 1987.

In 1988 Matt heard about an audition for the British group THE CULT. He showed up and landed the gig. Over the next two years the Cult went on tour alongside bands like Metallica and Aerosmith. In the summer of 1990, as the tour ended in Los Angeles, Duff McKagan and Slash of Guns N’ Roses saw Matt play and asked him to join GN’R. After a month of rehearsals the band started recording “The Use Your Illusion” Records I & II. The first song Matt recorded with the band was “Knockin’ on Heavens Door” for the movie “Days of Thunder” (other movie soundtracks the band contributed to were “Gross Point Blank”, “Interview with Vampire”). The band hit the road for a 3-year world tour, playing stadiums with sit-in guests that included Brian May, Jeff Beck, Ronnie Wood, Steven Tyler and Elton John. Matt’s first show with GN’R was in Rio de Janeiro to an audience of 140,000 people. Other highlights of the tour included The Freddie Mercury Tribute at Wembley Stadium as well as Madison Square Garden and The Forum (4 nights sold out in Matt’s home town). GN’R released the Spaghetti Incident in 1993. Matt received 2 Grammy award nominations, and two M.T.V. awards.

Thirty million records later he formed the band Neurotic Outsiders with Steve Jones (Sex Pistols), John Taylor (Duran Duran) and Duff, recording a record for Maverick in 1996. Neurotic Outsiders’ weekly gigs at the Viper Room attracted guests on stage such as Billy Idol, Brian Setzer, Simon Le Bon and Iggy Pop. In the spring of 96′ Matt played the opening of the Hard Rock Hotel as the house drummer with artists like Seal, Bo Diddley, Mellissa Etheridge and B.B. King. He also played the Elvis Presley Tribute in Memphis with Sammy Hagar and Don Was on bass and appeared on Jay Leno with Billy Idol. Matt played with the Buddy Rich Orchestra on the Atlantic release “Burnin, and ï¿½For Buddy” produced by drummer Neil Peart (Rush), during which he played alongside legendary drummers Max Roach, Steve Gadd and Omar Hakim. Matt also did tracks on the solo records for Duff, Slash and Gilby Clarke (for Geffen and Virgin Records). Matt left Guns in the summer of 1997.

After that he worked with Sammy Hagar and Poe. He then went on to produce a Top Forty single for Poe entitled “Angry Johnny” on Atlantic. He also produced “Hello” and “A Rose is A Rose” for Hollywood Records. At this point he formed Orange Curtain Productions with partner Lanny Cordola and they have since completed six film scores and produced artists such as Candlebox, Sen-Dog of Cypress Hill, blues legend Little Milton and the great Ronnie Spector. In 1999 Matt rejoined with THE CULT for a sold out summer tour after which they were signed by Atlantic records. They recorded “Beyond Good and Evil” (produced by the legendary Bob Rock) in 2000 and they then toured the world extensively through 2001. After touring with Aerosmith in the winter of 2001 Matt found himself back in LA regrouping with former GN’R bandmates Slash and Duff McKagan. A year-long search brought them together Scott Weiland of Stone Temple Pilots and they are now gaining traction again as Velvet Revolver, lending songs to the movie soundtracks of The Hulk (a riff written by Matt called Set Me Free) and The Italian Job. Also during 2003 Matt sidelined with his band Camp Freddy (with Dave Navarro), which included guests such as Kid Rock, Macy Grey, Perry Farrell, Robbie Williams and many more. Meanwhile Matt has recorded his own record, co-written by partner Cordola, entitled Hollywood Zen, to be released October 31, 2003. The album has Matt singing, playing guitar and drums, and being joined by some special guests. All of Matt’s years of experience have gone into making this record and Matt views this as the most exciting musical experience he has had to date. As Matt’s musical journey has taken so many different turns, it’s not hard to see that the best is still to come.