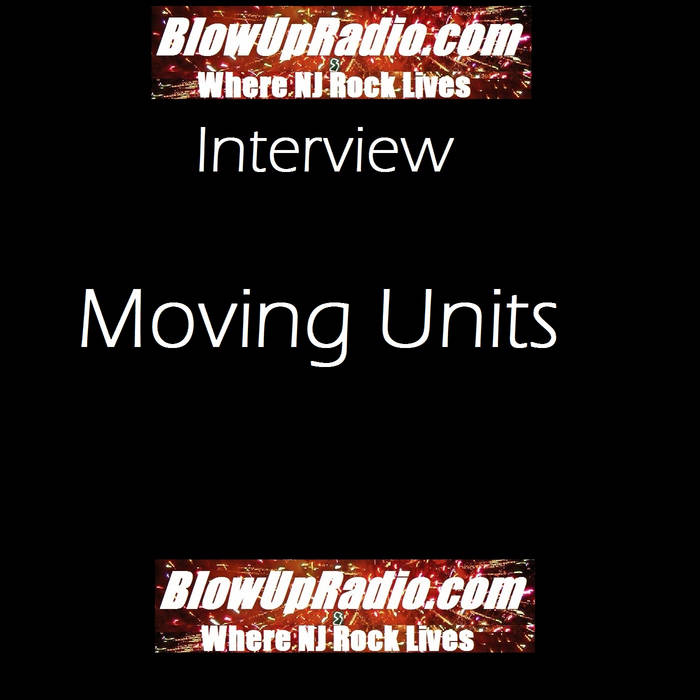 Moving Units was formed in 2001 by Chris Hathwell, Blake Miller, and Johan Boegli as a response to what the band refers to as "an uninspired music scene". The band selected the name Moving Units to express their distaste for the sales-obsessed mentality of the record industry. Thanks to their compelling mixture of post-punk and dance rock and incredible live shows, where singer/guitarist Miller’s frantic performances are tethered to singer/drummer Hathwell’s driving rhythms and the danceable bass lines and self-controlled, aloof stage presence of bassist Johan Boegli, The Moving Units quickly became a band to be reckoned with. Their reputation soon grew and their winning over of the jaded LA music scene earned Moving Units a residency at Spaceland, a hub of underground music. 2002 saw the release of the self-titled Moving Units ep (released on Three One G), which garnered rave reviews.

2003 saw the band chosen to open for Blur and then Hot Hot Heat. The band has also shared the stage with legendary names like The Pixies and Nine Inch Nails, opening for the latter on the first half of NIN’s 2006 tour.

October 2004 saw the debut album entitled Dangerous Dreams (released by Palm Pictures). An album nearly two years in the making, Dangerous Dreams was hailed as a stand out in the dance punk scene, invoking references of superiority over everyone from the Rapture, Yeah Yeah Yeahs, Ladytron and The Faint to Franz Ferdinand. Reviewers referenced a range of influences, from the danceable influence of New Order to sneer of The Minutemen, the artistic sensibilities of Can, Wire, A Certain Scene, the disco-punk flavors of Gang of Four to the melodic sensibilities of The Pixies, all while hailing the uniquely original sound. Described by Nylon magazine as "...a euphorically smutty, joyfully disenfranchised, danceable call to arms," Dangerous Dreams refreshing combination of thumping bass lines and drums, stabbing guitars, catchy lyrics and vocal melodies won over audiences, critics and the dance floors alike.

In 2007, Moving Units joined Metropolis Records for the release of their new album Hexes For Exes. From the infectiously catchy guitar lines of “Pink Thoughts”, and the dance electronic synths of “Crash ‘N’ Burn Victims,” “The Kids From Orange County” to the rhythm driven “Paper Hearts” and the Joy Division and New Order influences on “Dark Walls” the album immediately stands out, with foot-tapping hooks making you take notice of the depth of the lyrics. Hexes For Exes is an album that has been crafted for the dance floors and to sing along with. The swagger and sleaze of “Pick Up The Phone” and the grooves of “Nail It To The Cross” were made for moving to. The slower tempo of “Kings and Queens Of Nothing” and “Hearts Departed” with its stripped down vocals and echoing guitar sound are a striking counterpoint to the dance vibes of the album, rounded out perfectly by the bass hooks and playful rhymes of “Blood Beats.” Hexes For Exes breathes new life into dance rock.