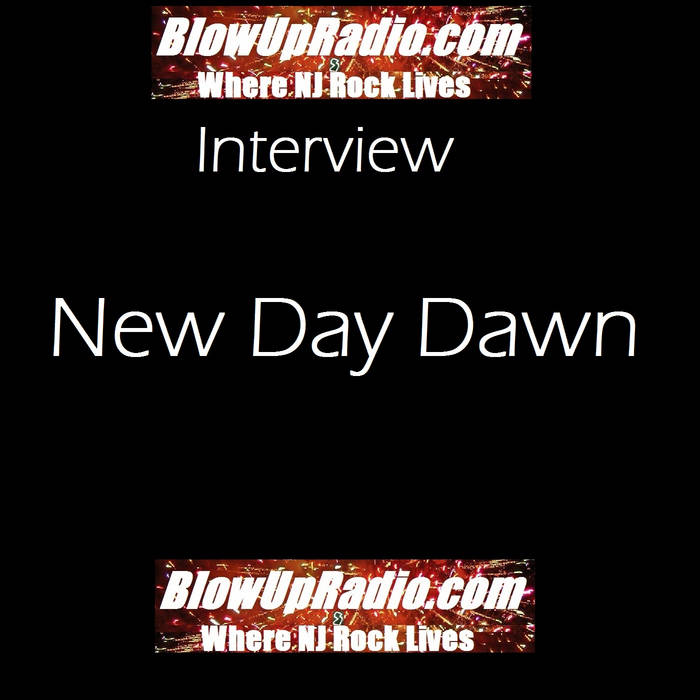 If a modern-day Pat Benatar sang with the Foo Fighters it might come close to the sound of New Day Dawn - powerful, sultry female vocals driving undeniably catchy, amped-up pop/rock tunes. Then again, their sound has its own unique elements, which while easy on the ear, somewhat defy specific comparisons. And this is just how the band’s lead songstress, Dawn Botti likes it.

New Day Dawn represents a new chapter for dynamic songstress, Dawn and her husband/ drummer Gary Szczecina. In the first half of the decade, their former project Slushpuppy seemed unstoppable- garnering multiple awards, a Jagermeister sponsorship and recurring play on KRock. A bit bruised, but wiser for the wear, the duo promise to stir things up a bit this time- focusing on uplifting, positive messages and melodies- but holding on tight to their hard edge roots.

The band has just releasee its first full-length CD, “The Company We Keep”. The 9 song LP, while all “rock and roll”, represents the band’s diverse skills as well as Botti’s versatility as a singer. She is just as comfortable crooning with forlorn on the country-alt rock ballad “Daddy’s Song” as she is belting out with aggression and clarity on the modern rocker “Paralyzed”. And while together for little over a year the band’s live performances play like a well-oiled machine -- not surprising, considering Botti and Szczecina’s intimate familiarity and the fact that the other half of the band: PJ Angeloni (guitar) and Robert Choe (bass) have played in various other projects for years.

And unlike much of today’s female “rock” - which is nothing more than pop-princesses singing over distorted guitars - New Day Dawn is sophisticated in its music and its approach and is the ultimate testament to true “Grrrl” power. "The guys don't have individual agendas for this project and are truly letting me be in charge. That is both scary and exciting!” Botti leads the band, both on and off the stage and while she admits feeling trepidation at times, her take-no-prisoners attitude and powerful vocals betray no signs of such timidity and are a perfect match for groups amped-up accessible pop/rock songs. "I will never be a mellow singer. I'm a rock chick through and through. But a more mature, experienced rock chick now.” Botti's new attitude is likely attributable to the fact that she and Szczecina became parents in 2005 with the birth of their son, Walker. "Having a child changes everything," says Botti, "you see the world through new eyes. It’s all exciting and wondrous again and you can't help but feel constant love surrounding you.”