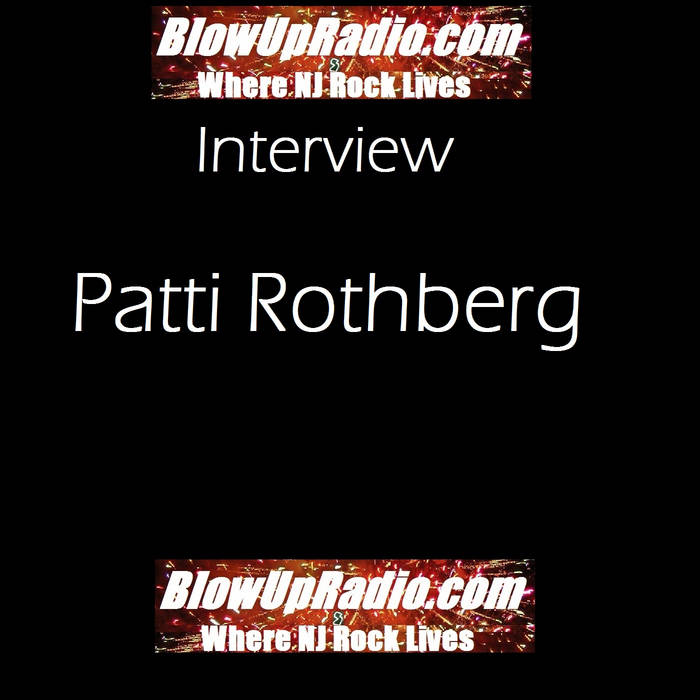 Patti Rothberg is a native New Yorker. A voracious music fan, she listened regularly to AM radio ("...honey you are my shining star..."), classic rock ("I'm Not In Love", "Good Times Bad Times"), WLIR's new wave ("Lets Go To Bed", "Cities in Dust"). The first record she remembers putting on the stereo is "Sgt. Pepper", but the first she recalls buying at the mall is Culture Club's "Kissing to Be Clever". She was raised in Scarsdale, NY a suburb famous for a diet doctor's homicide. The summer of 1988 she attended the National Guitar Summer Workshop, which would later prove to have been an excellent move. It was at NGSW she met Dave Greenberg, a then aspiring student of music production. Patti graduated Scarsdale Alternative School (the experimental community school slightly smaller, slightly "hipper" than the larger Scarsdale High) and like rockers John Lennon and Keith Richards pursued a career in the visual arts. Boston University had Patti painting lots of nudes and still life with fruit, but fear of a future with no bread led her to Parson's School of Design in NYC. She majored in illustration where she drew more nudes and still lifes, however this time with a client or product in mind (!). Her third year she applied to Parsons Paris and was accepted. It was there she wrote the songs which would appear two years later on her first full length recording, "Between The One And The Nine" (EMI America). Back at Parsons NYC, Patti's senior year saw more experimentation. Playing guitar in a subway station walkway she met Denise (Creepy), who introduced her to the all female industrial band Thrust who Patti played with from 1993-94. Later on at Richie Baxt's Guitar repair shop Patti ran into old pal Dave Greenberg, still studying production. This fateful reunion produced the demos that would become "1&9". Patti signed with EMI in February of 1995 and recording "Between The One And The Nine" commenced soon after. She auditioned drummer Adrian Harpham who played drums on the album, Patti handling all bass and guitar duties herself, The album's release date was April 2, 1996, and it went on to sell over 250,000 domestically and over 200,000 in Europe and Japan. The single "Inside" reached ..32 on the Billboard Pop Charts. After the album's release the rest of the touring band was selected. Demian Simms (guitar), James Elliott (bass), and Adam MacDougal (keyboards) rounded out the line-up. They toured the U.S. supporting Chris Isaak, The Wallflowers, Midnight Oil, and Paul Westerberg. TV appearances include The Tonight Show with Jay Leno, Late Night With David Letterman, Oprah, and Canada's Much Music. Bass player James left in mid 1996 replaced by Carl Carter who toured with Patti in Europe supporting The Black Crowes (Feb. 1997). It was later that same year that Patti played a simple acoustic set at Acme Underground back in NYC again. On sound that night was NYC rock legend Freddie Katz. The two discussed bands they both loved. Classics David Bowie, Alice Cooper, The Only Ones, Kate Bush, and local NYC bands The Creeps,The Cycle Sluts From Hell, New York Dolls, The Velvet Underground are just a few. Patti saw that Freddie had the right influences to take her music where it wanted to go and enlisted him to produce a demo for "You Killed My Time", one of her new songs. Both were pleased with the initial results and decided to continue recording what was to become Patti's second album "Candelabra Cadabra". The album was recorded in Long Island with Freddie's longtime friend, engineering whiz Bob Stander, in a now defunct studio called "Avalon". The studio's name proved to be fateful due to the Pre-Raphaelite imagery of the album. College pal Vanessa Johnson designed the cd booklet with Patti, solidifying Parsons' role in the saga. The two had met in the school computer center; Vanessa's tell tale guitar magazine sticking out of her knapsack. Recently Patti completed "Double Standards", a collection of new songs. It is the culmination of the melodic pop rock associated with "1&9", and the psychedelic explorations and Queen-like harmonies of the "Candelabra" era. The combination is doubly delicious. The title track is an exploration of the concept of good vs. evil wherein " ...the devil loves a double standard and heaven isn't selling cheap..." The album is split down the middle between hard rock and heartfelt acoustic songs. What brings it all together is Patti's melodic sensibility and unique lyrical perceptions. Had this been the age of vinyl, the harder songs might all go on one side, the softer on the other. Both are unmistakably Patti and equally true to her musical leanings. Patti is currently looking forward to touring in support "Double Standards" which was released in May of 2008.