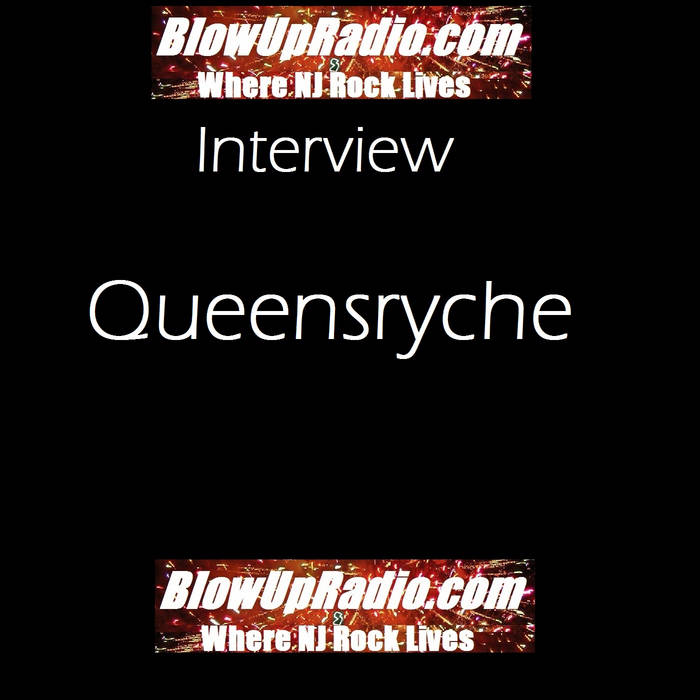 If you listened to rock radio in the mid-to-late 80's, chances are a week didn't go by that you weren't smacked between the ears by a wall of sound generated by a musical quintet called Queensryche.

Combining distinctive vocals, crunching guitars and a heart-pounding rhythm section, you were tempted to turn it up to a level just below the point of blowing out your speakers and perhaps your eardrums.

It was powerful, dramatic, progressive, diverse and electrifying.

It was definitive Queensryche.

The musical journey began in 1981 when a few friends hailing from the suburbs of Bellevue, Washington -- Geoff Tate, Michael Wilton, Scott Rockenfield, Eddie Jackson and Chris DeGarmo -- got together and formed a pivotal rock band.

Although in their late teens and early twenties, all five were veterans of local rock outlets, primarily heavy metal cover bands. Michael Wilton and Scott Rockenfield were members of a band called Cross+Fire that eventually added Eddie Jackson and Chris DeGarmo to the line-up. Now calling themselves The Mob, the four talented musicians needed a front man like no other and set their eyes and ears on the enigmatic Tate, who was fronting another outfit called Babylon.

Regardless of his commitment to another band, the four invited Tate to join them at a local rock festival... a few subsequent performances with The Mob would result from that initial collaboration but Geoff wasn't entirely convinced it was the musical path he ultimately wanted to take...

However, it wouldn't be long before The Mob would gather some cash to record a four song demo that contained the songs, "Queen of the Reich," "Nightrider," "Blinded" and "The Lady Wore Black."... without a doubt, they were convinced Tate was their singer.

All five musicians had a common bond.

They were looking for something bigger and something better in a band... the answer would turn out to be Queensryche.

The four-song demo quickly found its way overseas and took Europe by storm... the music media stood up and took notice with rave reviews.

Thrilled with the response, the band decided to put out their debut EP, Queen of the Ryche, on their own label, 206 Records (a number paying homage to their hometown area code).

It wasn't long before 60,000 units were sold, generating the attention it deserved from several different labels resulting in an all-out bidding war between no less than seven majors.

When the dust had settled, EMI America got the nod and reissued the EP as Queensryche, adding only one track to the brilliantly self-produced original recordings.

Shortly after its release, the self-titled debut EP would find itself in the Top 100 on the Billboard charts with Queensryche soon hitting the road for their first national tour alongside Dio and Twisted Sister.

At the end of 1984, the band would release their full-length debut effort, The Warning, which would represent the efforts of being in a London recording studio for the better part of the year with legendary producer James Guthrie (Pink Floyd's The Wall) and legendary film soundtrack composer Michael Kamen. The release immediately cut to the chase with a title track considered by many to be a true rock angst anthem. The album, itself, would reach #61 on the Billboard charts and a world tour with KISS and Bon Jovi would propel The Warning to gold status, marking the first to do so for the band.

In September of 1986, Rage for Order, would be released with producer Neil Kernon at the helm. Another musical creation of something uniquely Queensryche, Rage for Order would climb to the #47 position on the charts and also go "gold." Another US trek would result, this time along with Metallica.

By early May of 1988, Queensryche would be moving full speed ahead with a sizable and devout fan base. Becoming increasingly popular with every album and tour, they would release the groundbreaking concept album, Operation: Mindcrime. Produced by Peter Collins (who would seemingly have the magic touch with band), the release would put Queensryche on the map. An album chockfull of great songs including the popular "Eyes of a Stranger," it would quickly achieve platinum status, garnering worldwide acclaim and a Grammy nomination for the band.

Massively successful, Operation: Mindcrime would stay on the charts for over a year and eventually sell over a million units. It would be the band's first album to do so and would go on to be a cult classic of sorts...

Even greater success was to follow with the September, 1990 release of Empire.

Despite the momentum of their progressive hard rock past, Queensryche further showcased their tremendous talents with an album that included ballads and orchestrations. Produced once again by Peter Collins, the release rockets to the Top Ten in the charts in less than a month.

Somewhat less conceptual than previous releases, Empire contained several songs that became staples for rock radio in the early 90's, increasing the band's legion of fans. Although the title track would be the first single released, it would be the band's first rock ballad, "Silent Lucidity," that would further thrust them into the rock limelight. By the summer of '91, the song would become an MTV favorite, assisting it to become the Ryche's first Top Ten single. Later that year, the band would perform the song at the MTV Video Music Awards and pick up the coveted Viewer's Choice Award.

The rock anthem "Jet City Woman" and "Another Rainy Night (Without You)" also became massive hit singles from the album, which would remain on the charts for more than two consecutive years and exceed sales of three million.

The band's diversity was glaringly apparent on Empire, and the transition into the 90's was seemingly achieved without much difficulty.

Preceding the likes of their Northwest friends -- Nirvana, Pearl Jam, Soundgarden and Alice in Chains -- it was obvious that Seattle had more to offer than the grunge rock phenomenon to come as many consider Queensryche to be the original "Seattle sound."

Queensryche were now drawing capacity crowds throughout North and South America, Japan and Europe and beginning in August, they would embark on the Monsters of Rock Tour with Motley Crue and Metallica.

In the fall of 1991, Queensryche released Operation: livecrime, a live video and CD set commemorating the enormously popular "Mindcrime" tour, which had translated the album concept into a theatrical performance which fans in attendance will never forget.

After years of constant recording and touring, the band took a break from it all before reentering the studio in early '94 to begin work on their sixth album, Promised Land. Produced by James Barton, the album would spawn three hit singles -- "I Am I," "Bridge," and "Disconnected" -- and would debut at #3 in the Billboard charts. Within two months of its release, it would sell a million units and further exemplify the immense popularity of the band. Again, the band take to the road for an extensive world tour supporting the disc.

Hot on the heels of the successful album, the band's longtime label, EMI Records, would release a two-disc multi-media CD-Rom set of Promised Land - An Interactive Adventure in 1995, the first such venture for the major label. The CD-Rom gave fans unique access into the minds of Queensryche, while exploring cause and effect in a number of different ecological and moral situations. Queensryche will always be first and foremost a rock band, but will continue to prod the intellect of its listeners, inviting them to think should they care to do so... but thinking no less of them if the music itself is all they care about.

After a short hiatus, the band would come back strong in March of '97 with a stripped-down effort produced by Peter Collins titled Hear In The Now Frontier. Just as the album was gaining momentum, EMI Records made the announcement that it shutter its doors and be no longer. Unfortunate for both parties involved as they had shared success together for more than a dozen years. The band's promotion for the project -- including an anticipated year-long tour -- came to a screeching halt.

Following the demise of EMI Records, the band signed with Atlantic Records and put out Q2K -- the first album to feature new guitarist Kelly Gray -- in 1999. Despite the fact that it was recorded without longtime guitarist Chris DeGarmo and in a time of definite uncertainty, the band delivered yet another strong collection of songs including the rock radio hit, "Breakdown" along with fan favorites, "Liquid Sky," "Sacred Ground," "Falling Down" and "The Right Side of My Mind."

Over the next few years, Queensryche would release Live Evolution (2001), Tribe (2003) and The Art of Live (2004). All via Sanctuary Records, the latter release would be the first to feature the stellar guitar playing of Mike Stone, who would become an integral part of the line-up from that point on...

Released in April 2006 on Rhino Records, Operation: mindcrime II featured such songs as "I'm American," "The Hands," "The Chase," "All The Promises," "Murderer?" and a dozen others that would put closure to the unsolved saga between Nikki, Mary and the sinister Dr. X. The project propelled the band back to the forefront, debuting at #14 on the Billboard Top 200 chart, making it their highest debut in over a decade.

An extensive tour, presented by VH1 Classic, would begin in August and go through December, taking them to over 50 cities throughout the United States. The epic live show featured a full stage production, including surround sound, video imagery and actors playing out both parts of the Operation: mindcrime saga in their entirety. Ronnie James Dio would make a special appearance playing the part of Dr. X at the show in Los Angeles. The performances received numerous accolades from both fans and critics. Without a doubt, everyone in attendance got their money's worth.

During the four month tour, Queensryche took it upon themselves to Rock and Ride Across America for charity. Partnering with Buell Motorcycles, the band offered fans the rare and exciting opportunity to join singer Geoff Tate and guitarist Mike Stone as they rode their ultimately cool custom Buell Ulysses bikes between select tour stops. A sight to be seen, thousands of participants joined the ride into New York City's Times Square, with Tate and Stone fronting the caravan. Donations were taken along the tour and the two custom bikes were eventually auctioned off, raising approximately $80,000 for the VH1 Save The Music Foundation.

Not ones to relax, the band will once again do what they love to do... perform in front of their fans off-and-on throughout the year.

Projects on the horizon include a double live CD and double live DVD set of the recent 2006 "Mindcrime" tour -- Mindcrime at the Moore -- slated for June release and a "Best of" CD release via Capitol/EMI in late summer 2007.

Now more than two decades after their inception, the band has sold over 20 million albums, numerous hits and consistently tours in over 22 different countries worldwide.

In addition, they've been nominated for a Grammy four times and have had their music featured in three feature films.

Considered by many music critics to be an innovative music entity, Queensryche has inspired many-a-musician since they began their musical trek together twenty six years ago.

Oh yeah... One more thing you should know about Queensryche... they've always remained true to themselves and their music... and that's not going to change any time soon.