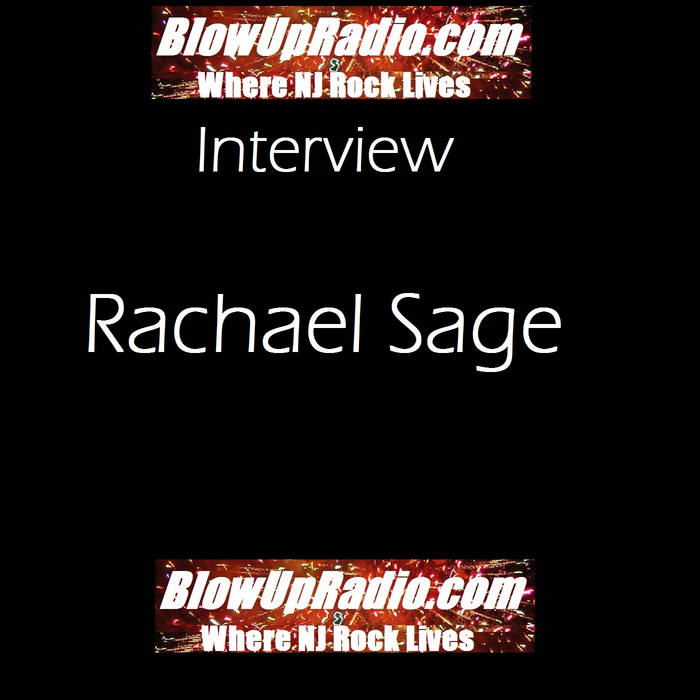 Singer, songwriter and producer Rachael Sage has penned quirky, melodic pop songs since she was old enough to reach the piano keys. Over the course of her career she has steadily built a loyal grassroots fan base with a rigorous international tour schedule that has seen her sharing stages with such seminal artists as Eric Burdon, John Lee Hooker, Judy Collins and Colin Hay, and prompted Performing Songwriter Magazine to name her “One of the Top 100 Independent Artists Of The Past 15 Years”. Leaving aside set lists in favor of a more spontaneous approach, every show she performs combines top-notch musicianship with hilarious between-song banter, what The New York Times recently dubbed Sage's "inner Fanny Brice".

Delving into the writing process for her latest album DELANCEY STREET with her typical fervor, the two-time Independent Music Award winner turned to her immigrant Jewish heritage, combined with the prospect of finally moving from the same East Village Manhattan neighborhood she'd lived in for over a decade, as a creative starting point. Inspired by the Green Movement and her own very personal desire to “redefine what ‘environment’ means to me”, Sage decided to give herself exactly a year to let go of over a decade’s worth of accumulated miscellanea, and to move to the musically vibrant Lower East Side.

In January 2009, Sage recorded over two dozen tracks in one week with drummer/composer Quinn (Tracy Chapman, Marshall Crenshaw), whom she'd met only a few weeks before while on tour in Los Angeles. "We met through a mutual artist-friend, and ended up jamming in my hotel room until the wee hours. I decided immediately this was someone I wanted to make a record with. He's completely spiritually connected to his playing, and I was so grateful to meet him exactly when I did." Gradually whittling the track list down to a dozen originals and a couple covers, Sage enlisted an impressive array of NYC-based players to help her flesh out a collection she describes as "an album about enthusiastically embracing change...and breaking the patterns of behavior that can make that process so daunting."

Sage's previous album CHANDELIER, for which she received 2 OUTMusic Awards including Best Songwriter, focused on the theme of fragility, and was a very delicate-sounding collection as a whole. With her new record, Sage says she "wanted to begin with a burst, with the kind of energy that you generally need to shake you out of complacency." The first track on the album, HOPE’S OUTPOST, does just that, grabbing the listener with a hypnotic drum loop (Doug Yowell), bluesy harmonica (Trina Hamlin) and soulful trumpet riffs (Russ Johnson), propelling rapid-fire lyrics about the demise of a long-distance relationship.

The mournful title track, featuring cellist/composer Dave Eggar, depicts one of NYC’s main downtown thoroughfares as a metaphor for heartbreak. Once known as one of the main shopping districts on the Jewish Lower East Side, most evidence of its former character has vanished in recent years. “I think what often happens to a historic neighborhood over time sort of mirrors the demise of a romance. The qualities that once drew you to someone you love – their soulfulness, their intelligence - can gradually erode...and it’s not always easy to put your finger on exactly how or why.”

Sage, who has a degree in Drama from Stanford and has studied at The School of American Ballet as well as The Actor's Studio, made her debut at the Edinburgh Fringe Festival with the critically acclaimed show "Sequins & Shpiel", which The Herald (Scotland) called "the unlikely hit of Fringe 2009".

With respect to her new album, the seasoned performer confesses that "creating a show for Fringe definitely taught me that even the most serious musical material can be celebratory...I've learned to laugh a lot more at myself since I made my last record, and to realize how ridiculous it is to not tackle the things in life that intimidate you just because you might fall on your tuchus."

It was in that spirit of adventurousness that Sage launched her first philanthropic endeavor in 2006 with the NEW ARRIVALS compilation series. Each volume in the series gives a voice to up-and-coming independent songwriters as well as more established guest artists such as Jill Sobule, Melissa Ferrick and Glen Phillips (Toad The Wet Sprocket), while supporting a humanitarian cause; proceeds from Volume 1 (2006) benefited Gulf Coast Relief, Volume 2 (2007) supported World Hunger Year and Volume 3 (2008) raised funds and awareness for National Eating Disorders Association. Volume 4, currently in production, will benefit National Network for Youth.

"With DELANCEY STREET, I hope I painted a map that points toward taking more risks, versus shying away from them. Some of it's imaginative, but a lot of it is a chronicle of me implementing some pretty dramatic changes in my own life, and it's going to be liberating to get out on the road and perform these songs live.”

Rachael Sage & her band The Sequins will be touring throughout the U.S. and Europe from March through the end of 2010. For more information and schedule updates visit www.rachaelsage.com.