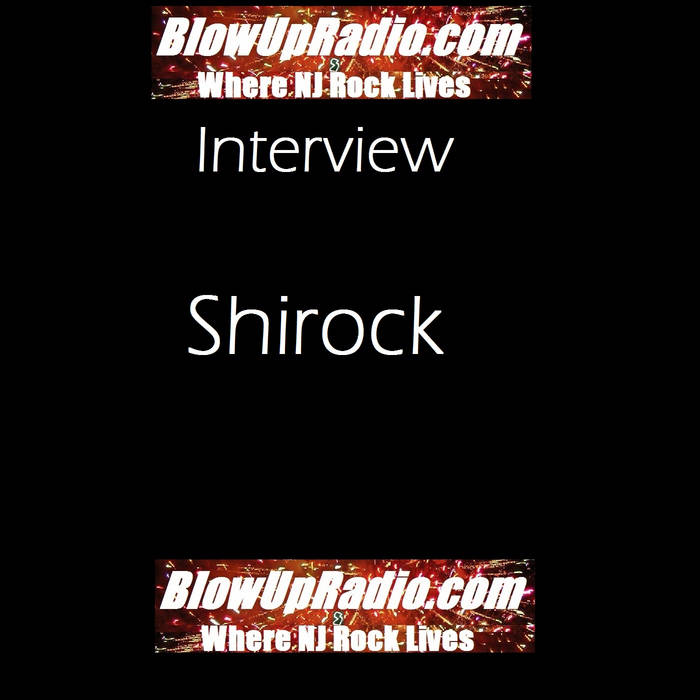 With recent political events inspiring people around the world to believe that change is on the way, there’s no better time for SHIROCK, an earnest young band with an uplifting message, to make their mark on the music scene. “The reason we make music is because we want to be a catalyst for change, and we feel like that begins with being honest about who we are and where we’re at...the dirt and the glory, the big ideas and the problems we see, all of the dreams and uncertanties...” says the band’s founder, frontman, and namesake Chuck Shirock. “Our hope is by doing that, we’ll be part of a shift in our generation to live for the things that matter and not get caught up in the things that don’t.”

To that end, SHIROCK make music that capitalizes on the transformative power of rock and roll and its ability to move and inspire people. Their dynamic debut album, Everything Burns, is filled with bold, anthemic songs that bristle with restless urgency and passionate optimism. You can hear it not only in the sonics — the sweeping melodies, the textured layers of gritty guitars and plaintive keyboards, and Chuck’s fervent wailing vocals — but also in the lyrics, which are rooted in the personal, the political, and the spiritual. Produced by Jay Ruston, who has also worked with The Donnas, Everclear, Matisyahu, and Cold War Kids, Everything Burns may sound grand and expansive, but underneath the soaring arrangements is a singer/songwriter album at heart, creating an interesting tension that allows the songs to feel both personal and universal.

Though SHIROCK is a five-piece, at its core are songwriters Chuck Shirock and Pap. The two met in 1999 and discovered that they had both spent time living overseas with missionary parents. Chuck grew up in the Philippines and Scotland before his family returned to the States, while Pennsylvania-born Pap’s Greek family settled in Ohio after a year spent in Turkey. Both Vocal Performance majors, they began playing music together in college, with Pap contributing harmonies and keyboard parts to Chuck’s early demos. Eventually she joined Chuck onstage. While also studying music and music business at the same college, drummer Adam Gatchel and bassist Derek Blank joined Chuck and Pap in Summer 2005. After being in various other bands, guitarist Jason Bynum joined the four in late 2006. Over the years, both the musical relationships and friendships within the band have grown and deepened, something that feels palpable upon listening to Everything Burns.

“The songs on the album — they're our lives, our relationships, our friendships within the band. They're our pursuit of trying to figure out life, who we are, who God is, and how it all makes sense,” Chuck says. “It’s all of that put to music.”

Indeed the songs on Everything Burns wrestle with the big questions. “New Solution” is about hoping for change and “a different way of doing things because how things are now just doesn’t work,” Chuck says. “Time Goes By” reflects a sense of restlessness. “We all go through those times when we wish we were in a different place or that life looked a bit different — when you’re just kind of stuck,” Pap says. “Still Young” insists that as long as long as you’re alive, you still have a chance to make a difference, Pap says. Finally, there’s “Everything Burns,” which is the album’s title track and sums up SHIROCK’s mission statement. “It’s this idea that our time is so valuable and limited...we want to use is wisely,” Chuck says. “So much around us is temporary. We want to live for the things that really matter…like relationships, pouring time and resources into people, and really making a difference. Everything else just burns.”

SHIROCK don’t just sing about making a difference, they are actually making it happen. They recently launched the non-profit organization Everything Burns as a way to encourage their fans to help those in need. “People are passionate right now about wanting to do something to effect change,” Pap says, “but sometimes it’s hard to know how to get involved. This is a way for us to connect people we meet at shows with people in their area trying to make a difference.” In February 2009, SHIROCK will launch the “Everything Burns Tour,” which will stop in 14 major cities and partner with local charities working to solve issues of homelessness and poverty in their area. All income from the tour will go directly to charity.

SHIROCK’s other plans for 2009 include expanding their Nashville-based fashion line, Irock Clothing, which Chuck and Pap launched in 2008 as a creative outlet and means to develop their brand. “So much of the band merchandise we see doesn’t really have the right fit or feel,” Chuck says. “We wanted to make T-shirts that you would want to wear even if you didn’t know the music. We’ve always been interested in fashion and wearing clothes that represent a person’s individuality and uniqueness.” The line, which features shirts, jackets, bags, and accessories, has been carried in stores regionally, and has sold out at every boutique that carried it.

And of course 2009 will see the February release of Everything Burns, which SHIROCK recorded at Nashville’s Ocean Way studio with Jay Ruston. Five songs have been available since March 2008, when the EP 5 was released digitally on iTunes. In addition, the band sold more than 3,000 copies over seven months on the road, due in no small part to the strong fanbase SHIROCK has built through grassroots touring (more than 150 shows in the eastern U.S. in 2008) and marketing. Five songs from Everything Burns have also been featured on MTV’s The Hills among other placements on Television - including NBC’s ER.

Getting their songs heard is all part of SHIROCK’s grand plan to make a difference. “So much music these days is just noise,” Chuck says. “It might be great-sounding noise, but it's still noise. It’s not communicating something real that makes you feel something. For us it’s about so much more than entertainment. We strive to make you feel something in everything we do.”