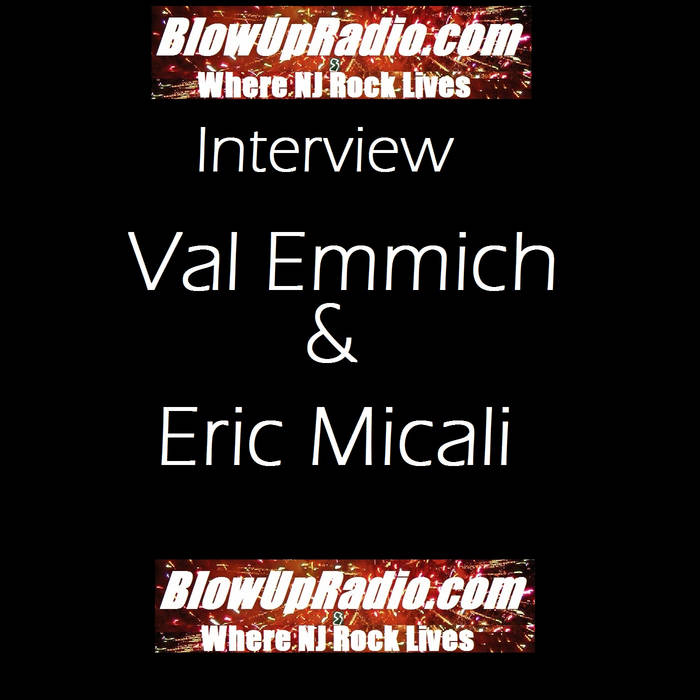 Val Emmich. He's the Jesse guy from Ugly Betty, right? No wait, he's the dude who dated Tina Fey in 30 Rock--the "Gay for Jamie" dude. And didn't I see him on a Macys commercial recently with P Diddy and Jennifer Lopez?

Yes to all of the above. His recent exposure as an actor may obscure the fact that when it comes to music, New Jersey native Val Emmich is a lifer. He told Page Six, "The acting thing snuck up on me. Maybe I've done well because I didn't care." Emmich's main focus has always been his music, as evidenced by his prolific output.

His latest album, LOOKING FOR A FEELING YOU NEVER KNEW YOU NEEDED, marks his seventh full-length solo effort in nearly a decade. People Magazine called him "the real deal." Entertainment Weekly labeled him a "breakout singer." The New York Times said he's "a rocker who rocks to his own beat."

Emmich (pronounced Em-mick) recorded LOOKING FOR A FEELING in Long Branch, NJ with the production team Near Records. The result is a kaleidoscope of sounds and textures including kinetic dance numbers ("Sidekick"), airy soundscapes ("Come Clean") and straight-up rockers ("Don't Wanna Go Home"). Lurking just beneath the surface are poignant stories of people trying to find their place in the world: there's the west coast transplant 3,000 miles from her family in "E.S.T.", the restless soul seeking a new beginning in "Change of Scenery" and the man returning to the place he once called home in "Gone." Emmich embodies all of them and somehow--despite some dark moments--supplies a beam of light that pulls the listener through to the slow decay of the album's final note.

If there's one thing that ties together the many facets of Emmich's art, it's passion. It's easy to write that word in a bio, but another thing to show it. At live shows, you'll find a man often unhinged, shirt soaked-through and guitar smashed to pieces; he's toured with artists ranging from Gavin DeGraw and Butch Walker to the Gym Class Heroes and Dashboard Confessional. And his life in front of the camera isn't limited to acting. He was the first unsigned artist featured on MTV's "TRL" and he's produced dozens of music and promo videos that show his lighter side while maintaining his acute attention to detail; check out the video for "The Only One Lonely" which won him an Independent Music Award. Oh, and he's also written a novel that he's currently pitching.

So who is this guy? He's hard to pin down, and while that isn't the quickest sell in our sound bite culture, it's probably that which will give Emmich longevity. He's been called a Renaissance man. When asked about the musician role originally meant for John Mayer, an "Ugly Betty" producer told the New York Times: "There was just this quiet storm to Val." That probably says it all right there.

LOOKING FOR A FEELING YOU NEVER KNEW YOU NEEDED will be released digitally on September 21, 2010.